What is significant about this model is that A1B0T (autonomous chatbot) forms its own representation of the world (which can be called its ontology) before making a decision on the facts with which it is presented. The relationship between the tweet and how trustworthy it is, is formalised within the representation before this is used to make a decision. Ultimately, this allows A1B0T to take the first steps towards forming its own independent view of the world and adds to its autonomy.

JUNE 2021 The "I am Echoborg" participative theatre show went to the Brighton Fringe 2021 and the Cheltenham Festival. Brighton Fringe was a milestone event as it was the first hybrid performance where some of the audience were located in the Rialto Theatre, Brighton [UK] and many more joined online via a Zoom conferencing system. … END_OF_DOCUMENT_TOKEN_TO_BE_REPLACED 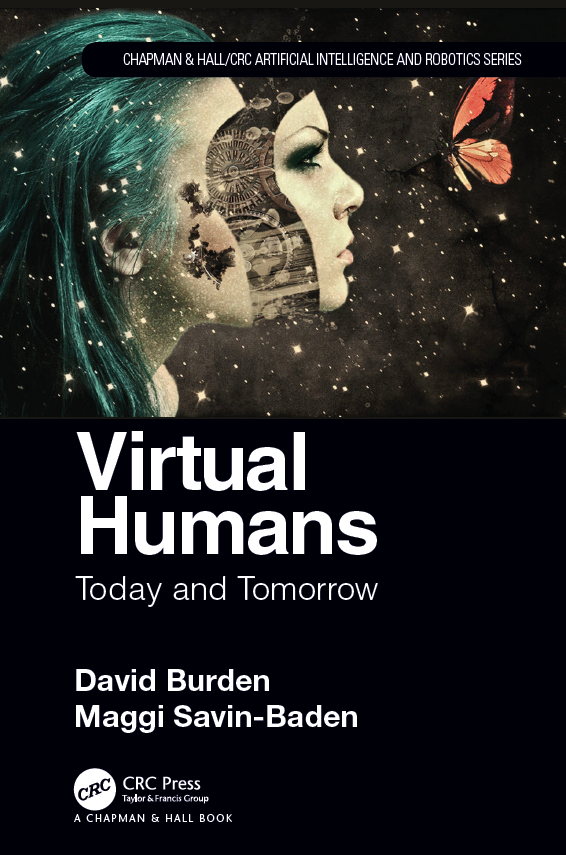 This week, David Burden and Professor Maggi Savin-Baden launch their latest book on Virtual Humans: Today and Tomorrow. Delightfully, I was able to have a preview of the final copy. Here is my review. "Intelligent, pragmatic and insightful, Virtual Humans is an essential guide for those who want to understand the complex landscape of today’s … END_OF_DOCUMENT_TOKEN_TO_BE_REPLACED